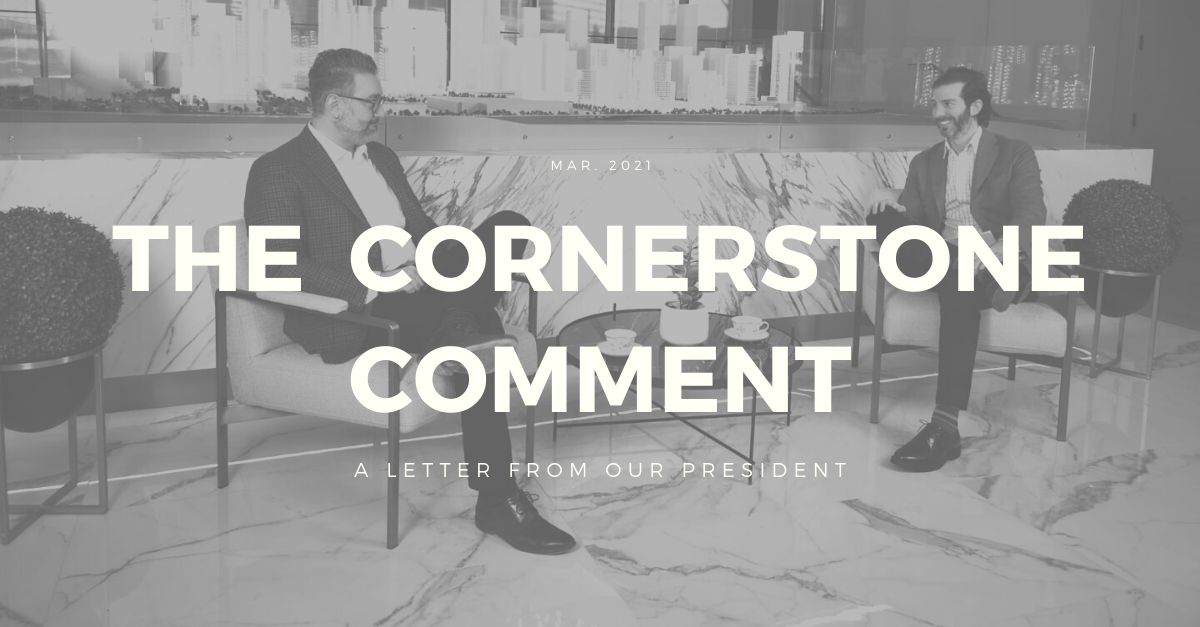 2020 marked a landmark year for Cornerstone Marketing Realty. In the middle of a global pandemic, Cornerstone launched Festival South VMC, the first phase of a master planned community by Menkes & Quadreal. Located in an emerging Downtown Vaughan and spanning nearly 160 acres, Festival’s first phase was the beginning of what will become the Urban Community designed for the future with expansive retail, offices, modern towers, and unparalleled transit accessibility. With all 1,325 units sold within less than four months, Festival was Canada’s best-selling project of 2020 (confirmed by Altus Group). We are honoured to be working on this iconic development; Festival is a special project for our team and a meaningful achievement for Cornerstone as a company. I recently sat down with the Executive Vice President of Menkes, Jared Menkes, to discuss the launch of the next two towers, Grand Festival South VMC , and the developer’s remarkable vision for this game-changing development.

Can you give us a brief background of Menkes Developments and how its background relates to the vision of South VMC?

Menkes is a fully integrated real estate company focused on the development, construction, ownership, leasing and management of properties throughout the Greater Toronto Area. Since the 90s, we have been focused on mixed-use developments. In fact, Empress Walk, one of our Company’s signature properties in North York was really the first to kick off the trend of “live, work, play” developments that we see happening today. South VMC aligns with our goal to develop projects in up and coming urban centres, especially those centered around incredible amenities. Since South VMC will be the cultural and entertainment hub of Vaughan, it fits the kind of lifestyle we have been known to offer our residents, similar to those who live in buildings like Empress Walk or Harbour Plaza in the south core, where residents have ample entertainment options just steps away.

What does Master Planned Community mean to you?

To me, a master-planned community is one that is all-encompassing. Every facet of the neighborhood has been thoughtfully considered from access to transit, to green space, to education, to amenities. As a developer, when we build a new project, we look at how that site will not only impact the surrounding community, but how we will contribute to it, whether it be through investments to infrastructure, public art, or incorporating new amenities. A perfect example of this is the addition of a brand new two-acre park as part of our Sugar Wharf development on Toronto’s waterfront. With Festival in South VMC, future residents can look forward to a new community centre with a large outdoor stage. And the Festival community alone will encompass 85,000 square feet of retail on site.

What is the vision of New Downtown Vaughan? What makes it special?

South VMC will be the cultural and entertainment hub of Vaughan. We’ve seen an increasing demand for housing in the 905 from all segments of the market, even more so following the pandemic, but people still want the appeal of an urban setting. What makes South VMC so special is its close proximity to transit and all the excitement that you can expect from a very robust retail offering, with 430,000 square feet of retail. I think something else that makes it special is that this area was a popular entertainment district back in the 90s when it was known for venues like Colossus movie theatre, Dave & Busters, and Putting Edge mini golf to name a few. So we are returning the neighbourhood to its glorious roots, but an incredibly amped up version of it, which is really exciting.

Within Festival there is an enormous amenity program, how are these amenities designed with the “New Normal” in mind?

While the design was developed prior to the pandemic, it manages to check all the boxes of things that have become more important to people over the last year: plenty of green space, the ability to work from home, access to plenty of amenities right outside your doorstep, lots of options to stay healthy and active such as gyms, walking trails, bike paths and a dog park. I believe that when the pandemic is finally over people will also have a greater appreciation for dining and entertainment having been deprived of it for so long. Festival will fulfill that longing with an exciting array of entertainment, including an amphitheatre, shops, restaurants, and lifestyle services.

What is a Transit Oriented Development?

The goal with a Transit Oriented Development is to maximize the amount of space in an urban centre in relation to public transportation, typically set within walking distance to a transportation hub. South VMC is anchored by Vaughan’s new rapid transit system, part of the Yonge-University expansion that took place in 2017, and offers easy access to anywhere across the GTA. When we invest in Transit Oriented Developments, especially in the case of high rise buildings, the goal is to reduce the amount of cars and encourage use of public transportation.

New zoning by-laws may worsen the city’s housing crisis Affordable housing has become a major concern for Torontonians. With a… 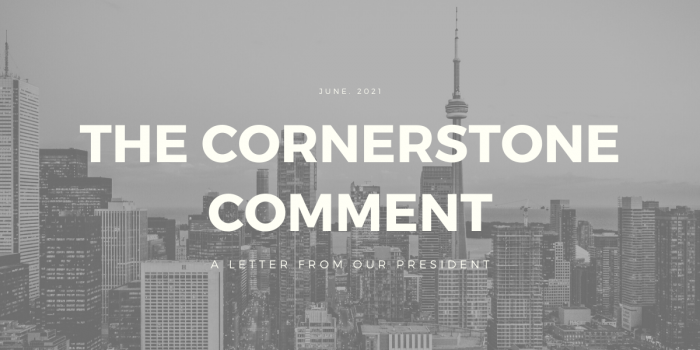